(Could’ve easily been the title of an 80s movie about a guy with a “rare condition.” So, pretty spot on the more I think about it.) 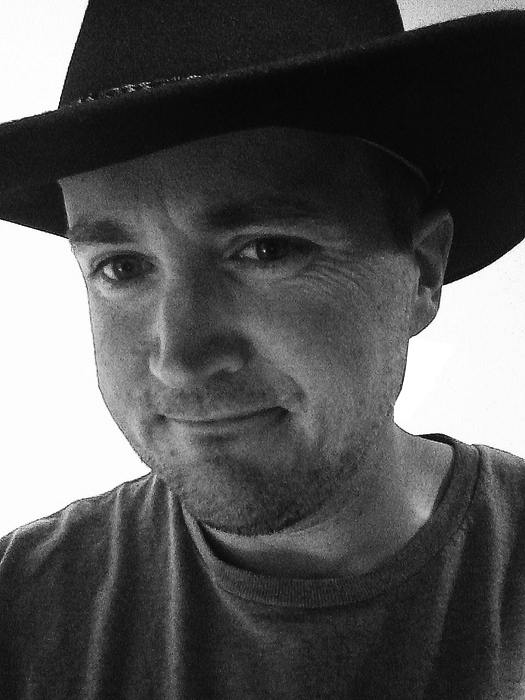 They say it’s rude to talk about yourself. But who else will when you don a faux Indiana Jones hat over a middle-aged Gerber Baby face?

I’ve done a little bit of everything yet remain a teetotaler (yes, it’s spelled “tee” not “tea”, no shit!). I interviewed heavy rock bands when I was in my early 20s (Ozzy Osbourne, Iron Maiden, Dio etc). One of my most thrilling experiences  being the first to interview Judas Priest mega-vocalist Rob Halford when he returned to the metal scene in the late 1990s.  If you’ve caught the movie  Almost Famous, a true-ish story about a youngin’ that ends up writing for Rolling Stone, imagine one called Almost, Kinda, Not Really, Nice Try Kid Famous Lolz. Yep, it was for the internet.

Hey, I love this stuff. I wish every night was a summer time, Saturday Night – when Tower Records still existed and one could stroll in at 11:45pm and grab that Saxon import CD just before closing, proceed to cruise Beach Blvd. with your friends blasting classic metal through the Del Taco drive-thru. The magic of “then” never left me.

A brief foray into the film world allowed me to script read (vet, filter) for a film producer, started my own web design business, earned a B.A. in Communications and taught myself how to draw. I play guitar horribly and will keep it that way until my brain and hands start utilizing that degree in Communications.

I’ve written/edited for indie comic titles such as Poverty Thrill Adventures (Afro Stache Studios) and The Maroon (by Derek Lipscomb/Owl Eye Comics) and do most of the work on The Happy Middle™ web comic strip.

I love Star Wars, Indiana Jones, National Lampoon Magazine from the 70s and the said movies from that era, Douglas Adams, Benny Hill, Ash vs. Evil Dead, Amazing World of Gumball, South Park, Rick and Morty and Helen Mirren. Yeah, nice curve ball. But hey, nice curves! I still check out toys and Voltron will always be forming in my dreams. What are dyno-therms anyways?

But most importantly, I adore my wife – Rosemary Ann. She is fully supportive, the icing on the proverbial creative cake (and anyone who knows me, knows I’m pro verb!) . . . and, she actually tolerates my fave band – AC/DC – go figure. What can I say? She’s the foundation for the rock that rolls my life.

I hope you enjoy The Mighty Riff™. He’s not the end of an era. He’s the thunderous, unpretentious comeback that fills the void with sometimes off-putting, yet loveable, unlimited enthusiasm. – Brian Coles, Creator – The Mighty Riff™